O ver the years, the Foundation has provided John Sealy Hospital and UTMB with over $1 Billion in funding. The Foundation’s grants have been used to build or provide for use over 25 major buildings and hospitals at the medical campus. Foundation funding has enabled UTMB to acquire cutting edge medical devices, such as MRI and PET scanning machines, two of the first Robotic Surgery machines in Texas and the latest in 3-D Mammography equipment. The Foundation was instrumental in helping UTMB establish the first Biosafety Level 4 (BSL-4) Lab constructed on a university campus in the United States which subsequently led to UTMB being chosen for the site of a National Lab following the attacks of September 11th. In addition to building and equipment needs, the Foundation supports research at UTMB through 37 academic chairs and a Biomedical Research Endowment started with a University match which has grown to over $180 million. Following hurricane Ike in 2008, the Foundation played a pivotal role in securing 8State support for UTMB's recovery efforts, which included a $170 million dollar Foundation grant toward the construction of the new Jennie Sealy Hospital, the largest single gift ever donated to a University of Texas System institution. On February 10th 2016, in recognition of it’s long standing support of UTMB, the University of Texas Board Of Regents bestowed the Santa Rita Award, the highest honor conferred by the University, to the Foundation. Since 1968, there have been only 24 other recipients of this award, and this was the first time the award has been presented to an organization. This unusual circumstance was due in large part, to the tireless efforts and support of the Foundation to the Medical Branch for nearly 100 years. The Foundation is a Type III supporting organization. 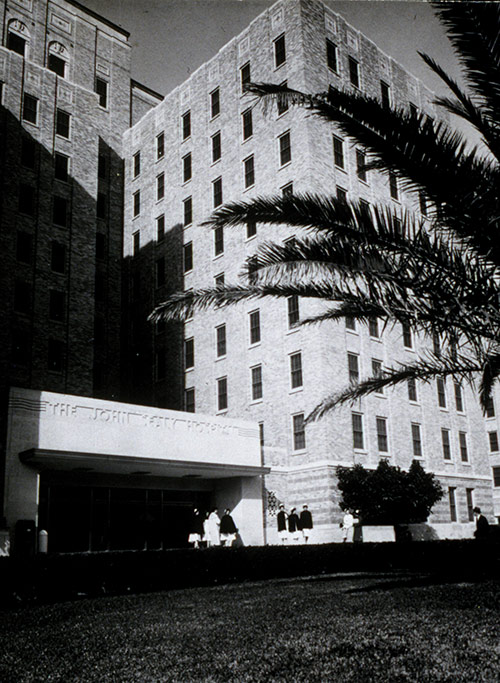 "... a proud and deserving monument to that good and charitable man..."